The Merry Muse operates on the second Sunday of the month from 4.00pm to 7.00pm and presents a blackboard concert along with a feature act. This is a fun afternoon for those wanting to share their love of music and play, sing or recite in an inviting and friendly atmosphere. Put your name on the blackboard to perform, or just get along and listen to some great music.

Hi get along to the Merry Muse Sunday February 9 – 4pm-7pm for a tribute to Col Wright. To get some idea of interest in performing can you please let me know if you are going to sign up to the blackboard – Eileen

Col Wright who ran the Merry Muse with A 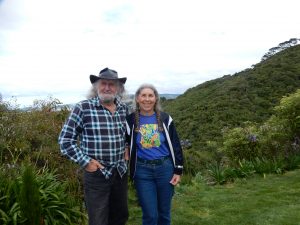 nnie Van Herck from 1993 to 2001 passed away on Friday 10 January in Wellington NZ after a long battle with vascular dementia and prostate cancer. He went peacefully with his best friend Annie at his side. Col was a wonderful man with a generous spirit and wicked sense of humour and also a great performer. “A very great amount of the thing that The Merry Muse became both at the Canberra venues it inhabited and at The National Folkie was directly linked to his vision and love for the thing that he had fostered over the years that he and Annie contributed so capably in the ways that they did. “ Billy Folkus. “ His legacy is clear in that he left his beloved folk music attitudes & perspectives for all of us to build on.” Baz Cooper. He is also remembered for his mini-festivals, Colstock, at his property outside Canberra.
We are inviting people who knew Col, particularly those who performed at the Merry Muse in the years he ran it to come along and pay tribute to Col. Come along and share your memories of Col and some songs. And if you didn’t know him come along anyway – Col always welcomed strangers.

The feature act for the day will be well known Canberra band Cassidy’s Ceili – Col Wright introduced Cassidy to Sandy and the rest is history. Cassidy’s Ceili play celtic influence music from delicate ballads to full on Irish pub music including the Pogues and some jigs, reels and airs to round out the mix. With Cassidy Richen’s amazing voice and Sandy Gibbney starring on fiddle, Peter Richens on guitar and banjo and Sandy and Peter harmonising with Cassidy for some fine three-part vocals you are in for a real treat.

Admission:
$3 for MFS Members, Concessions, and Blackboard performers $5 for Others.
May vary for non-blackboard events
Under 16 y/o – FREE!

Sunday 8 March Blackboard plus Feature Act So Far So Good

No Merry Muse April – See you at the National Folk Festival